Dietrich Bonhoeffer’s Conversation with Nonviolence; What We Can Learn 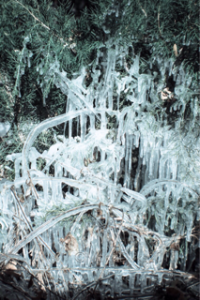 “The ultimate question for a responsible man [sic] to ask is not how he is to extricate himself heroically from the affair, but how the coming generation shall continue to live.” -Dietrich Bonhoeffer

Dietrich Bonhoeffer was born on February 4, 1906 in Germany. He possessed a great intellectual capacity and faced a promising academic career as a Lutheran theologian that was abruptly altered when Hitler ascended to power on January 30, 1933. From the start, Bonhoeffer was an outspoken critic of the Nazi regime, yet he stood firm in his pacifist views.

All of this began to change as Bonhoeffer learned the full scale of atrocities being committed in his homeland. In what must have been an agonizing conversation with morality and ethical choices, this pacifist began to turn his attention toward stopping Hitler and eventually joined in an assassination attempt on Hitler’s life. He was imprisoned and ultimately hanged for this failed attempt.

Bonhoeffer began with an ideological conception of nonviolence; for him that meant pacifism. Yet, as events unfolded in the horrors of the time he was living, as he began to see the murderous acts and injustices being routinely executed, he began to struggle with what it meant to be ethical in that moment in time.

Bonhoeffer was courageous enough to re-open his conversation with nonviolence. He was willing to reflect and soul-search and agonize with current events. He concluded that that “the ultimate question for a responsible man [sic] to ask is not how he is to extricate himself heroically from the affair, but how the coming generation shall continue to live.” These are words we too might ask ourselves as we watch the events of our times unfold.

This is not a post inviting us to become would-be assassins. Nor is it a post holding up Dietrich Bonhoeffer as the poster child for non-violence. I have trouble believing that Gandhi or Martin Luther King, Jr would have made the same choice. I doubt that Bonhoeffer himself felt morally justified by his action.

The key point for all of us I think, is that ethical principles are not so much rules to be followed, but a way of being in the context of our times. They are not nouns; they are verbs. They are not stand-alone concepts; they are a living breathing experience of living in relationship. They are an ongoing conversation with our lives in relation to all life, living and yet to come.

These times are inviting us all to have this conversation.

This entry was posted in The Yamas & Niyamas. Bookmark the permalink.

4 Responses to Dietrich Bonhoeffer’s Conversation with Nonviolence; What We Can Learn