The Battle for Power 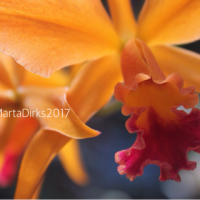 In the beloved story of the Bhagavad-Gita, a corrupt and narcissistic king sits on the throne. He is selfish and greedy with little concern for the welfare of the people he rules. As a result, everything is out of balance and suffering prevails.

Enter Arjuna, our main character. Arjuna is a warrior, and it has fallen to him during these difficult times to lead a battle against the forces of self-interest in order to restore wellbeing to the whole kingdom.

But there is another power at work. It is seen in the image of 7000 pairs of tennis shoes placed on the White House lawn. It is heard in the voices of students who will not be silenced. It is displayed in messages on signs carried by protestors. It is manifested in even the smallest actions, the daily choices, made by each, and every one of us.

Like our story in the Bhagavad Gita, there are two different forces at work, each with its own scenario for the future. And that future is being shaped by each and every one of us in the smallest of ways everyday. It is ours to live now the future we choose.

This entry was posted in Uncategorized. Bookmark the permalink.

4 Responses to The Battle for Power